2017 has turned out to be a pretty good year for cryptocurrencies. In fact, it might just be the single-greatest year for an asset class that we’ve ever seen — and that’s saying something. After beginning the year at $17.7 billion in combined market cap, the aggregate value of all cryptocurrencies on Dec. 21 peaked at $654 billion, representing an increase of nearly 3,600%. By comparison, the stock market returns an average of 7% per year, inclusive of dividend reinvestment and adjusted for inflation.

The rally in virtual currencies has pretty much been riding the coattails of one of two major trends: the desire to see these “coins” accepted as a viable form of decentralized currency, or the desire to see blockchain technology become the primary means of money transmittance. Blockchain is the infrastructure that virtual coins are built on, and is responsible for digitally recording all transactions without the need for a middleman, such as a bank. 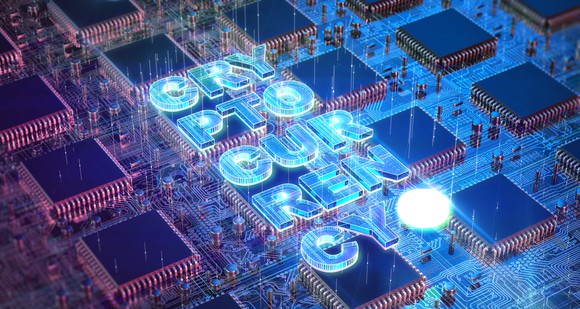 In the former category are cryptocurrencies like bitcoin and Litecoin, which are laser-focused on becoming the primary medium of purchases. Bitcoin snagged a handful of brand-name businesses all the way back in 2014, and it’s been adding new merchants with regularity ever since. The fact that bitcoin was recognized as legal tender in Japan has certainly helped its cause, along with the commencement of bitcoin futures trading on the CBOE Global Markets platform and with the CME Group this month.

The other end of the spectrum has involved blockchain technology and the desire to pitch this technology as a solution to three current issues. First, a majority of blockchains are decentralized, meaning there’s no main data center that cybercriminals can break into and essentially hold a cryptocurrency hostage. Instead, data is stored on servers and hard drives around the globe.

Secondly, since there’s no middleman, there are potentially lower transaction fees while using blockchain to complete payments. Finally, transactions over blockchain may be completed more quickly, or even instantly, considering that proofing of encrypted transactions is occurring 24 hours a day, seven days a week.

Most of the burgeoning cryptocurrencies of late have fallen into this latter camp, including Ethereum and Ripple.

However, there’s a new trend emerging in the cryptocurrency space, and courtesy of tweets from MGT Investment CEO John McAfee, the man behind the famous McAfee antivirus software in the 1980s and 1990s, it’s now getting mainstream attention. Ladies and gentlemen, say hello to privacy coins. 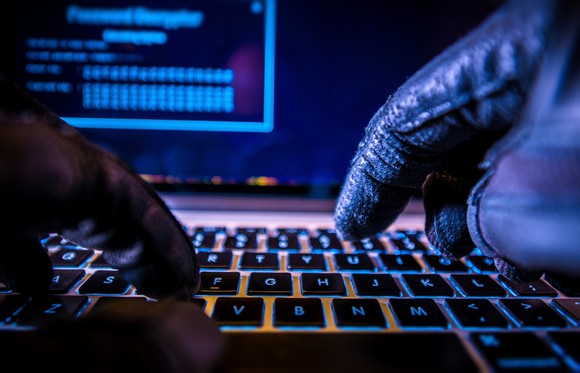 The privacy-coin trend builds on the bitcoin ideal that virtual coins can become a primary means of buying goods and services, but takes it a step further by beefing up the anonymity and privacy associated with a transaction.

One of the bigger misconceptions associated with bitcoin is that its transactions are completely anonymous. While it’s true that you can transact with bitcoin without having to provide your Social Security number or bank account, there’s still data on the digital ledger that could potentially be linked back to you. For instance, the Internal Revenue Service recently won a court case against cryptocurrency exchange Coinbase requiring it to hand over information on more than 14,300 users who’d exchanged more than $20,000 worth of bitcoin between 2013 and 2015. While the move was made so the IRS could possibly go after capital-gain tax evaders, the bigger theme here is that these transactions aren’t as anonymous as they appear.

Privacy coins are a simple evolution of what bitcoin helped create. They’re designed to ensure that a user who doesn’t want their financial information going public won’t have that happen. You might even call them the pinnacle of what decentralized cryptocurrencies are all about.

Of course, skeptics would point out that privacy coins represent exactly the type of financial instrument cybercriminals would use to subvert being identified. While undeniably true, privacy-coin advocates suggest the number of illegitimate users is very small, and the benefits to legitimate users is great. 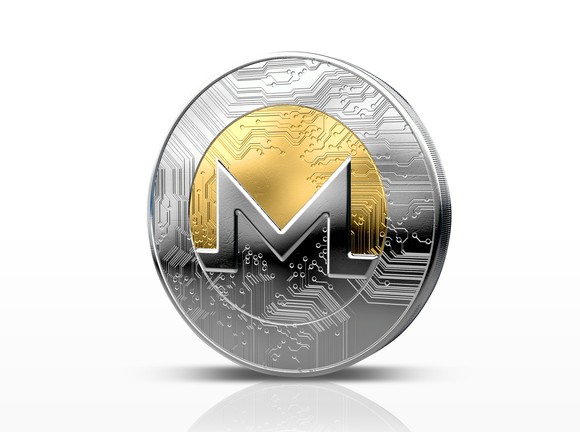 Here are some of the more notable privacy coins

You might be wondering who the most prominent players are among privacy coins. Arguably, the most popular is Monero, which is currently the 11th-largest cryptocurrency by market cap, at nearly $5 billion. Monero’s high market cap is a direct response to the unique technology it brings to the table.

As discussed by CoinCentral, Monero runs an open-sourced protocol known as CryptoNote, which is its primary source of anonymity. Most cryptocurrencies use an unchanging signature when verifying transactions, whereas Monero’s CryptoNote uses ring signatures, which is similar to a joint bank account with multiple signers, but with the actual signer remaining unknown. A one-time spend key — officially known as a stealth address — is generated by the sender of XMR (Monero’s coin), with the recipient being the only party who can detect and spend those funds. In other words, the transaction isn’t linkable to the sender, making it an attractive option for those seeking anonymity and privacy.

Verge’s secret sauce is that it relies on Tor and I2P networks in order to make IP addresses untraceable. Further, its Simple Payment Verification technology ensures transaction settlement in around five seconds, which is far and away better than many of its peers. With a number of secure mobile wallets already being offered, including the Tor Android Wallet, it’s clearly a name (and coin) that’s making a lot of noise. 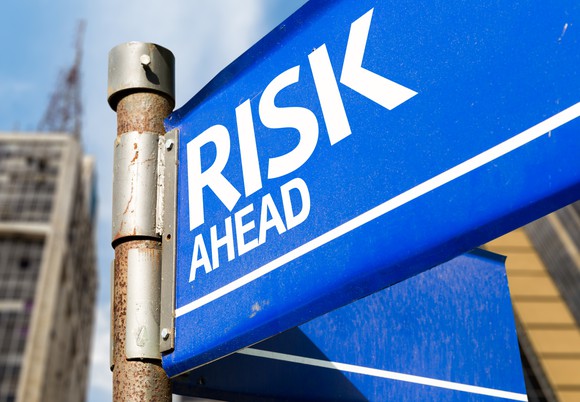 Despite the recent popularity of cryptocurrencies, it’s important for investors to understand the continued risk associated with investing in a decentralized virtual coin that, in many cases, is unproven. For instance, government regulations can shut down the advancement of any cryptocurrency at any time. South Korea and China each put its foot down on initial coin offerings, with China taking things one step further by banning domestic cryptocurrency exchanges. Even anonymous coins aren’t exempt to the impacts of government regulation.

I also believe that cryptocurrencies of all forms, including privacy coins, run the risk of disappointing their investors with regard to technology adoption. While some coins are all about being used as a means of tender, the bulk of cryptocurrencies are all about the emergence of blockchain technology. If this technology isn’t immediately put into play by big businesses — which I don’t think will happen — it could lead to the crypto bubble deflating in a big way.

While these coins and their tethered technology continue to prove intriguing, I personally can’t justify the valuation being bestowed on cryptocurrencies at the moment.

A Central Bank Cryptocurrency? Not in 2018