VISA AND MASTERCARD SET TO RESOLVE US INTERCHANGE FEES LAWSUIT

Visa and Mastercard are reported to be close to settling a 13-year-old legal challenge over interchange fees, according to people familiar with the agreement.

The two companies and banks including JPMorgan Chase, Citigroup and Bank of America would pay merchants about $6.5 billion under the terms of the settlement, although the deal has not yet been

The lawsuit, brought on behalf of 12 million merchants nationwide in the US, was filed more than a decade ago. A federal appeals court in 2016 rejected a $5.7 billion settlement of the claims, which centre on whether companies improperly fixed interchange fees, paid by merchants when consumers use credit or debit cards. 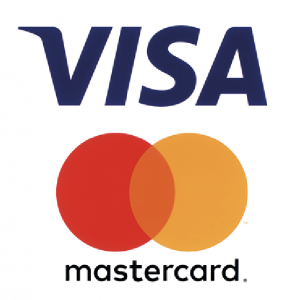 Mastercard said in a filing that it will boost its reserves by $210 million this quarter “as a result of advances in negotiations related to the monetary damages claims.” Visa said in a filing it had added $600 million to its litigation escrow account. Representatives for both companies declined to comment beyond the filings.

Visa already had about $884 million in its litigation escrow account as of 31 March, the company said in a quarterly regulatory filing. Mastercard reported that it had reserved $737 million for the merchant litigation as of that date.

The new agreement does not include provisions that held up the 2016 settlement attempt, including wording that would prevent merchants from ever suing again over interchange fees even if they do not take money from this settlement.

“The parties worked with two well-regarded mediators for more than a year to reach this agreement and I do not expect it to be controversial,” said Mitch Goldstone, president and chief executive officer of ScanMyPhotos.com, one of the most active class representatives in the interchange fee litigation.

Lawyers for both sides asked the judge for more time to reach an agreement, according to a 27 June written request filed with the court. They had previously agreed on 17 April to try to reach a settlement by 25 June. In the latest filing, they set a 17 July deadline. Lawyers said they would give magistrate judge James Orenstein a status report on 10 July.