Bitcoin’s place in the fintech conversation

Bitcoin's place in the fintech conversation 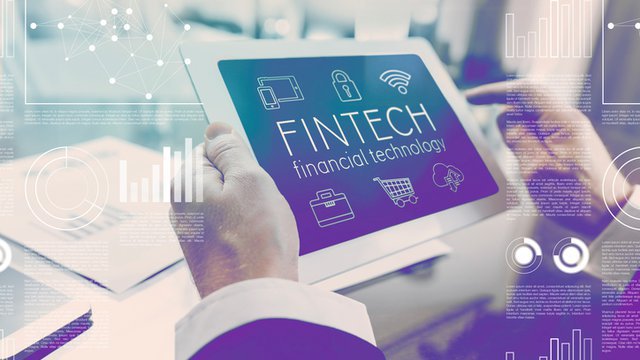 Fintech isn't just the new kid on the block anymore, it's got some serious dough behind it.

A report by Nordic Startup Bits said that investments in fintech grew from $4 billion in 2013 to $12 billion in 2014. In 2015, fintech added another $19 billion, according to a report by Business Insider.

The total inflow continued to rise in 2016, as companies worldwide invested an aggregate of $24.7 billion in 1,076 individual deals with fintechs, according to a comprehensive report by KPMG.

The funds are pouring in from all around the globe, led by investments in China, where Ant Financial, a subsidiary of internet giant Alibaba, took in $4.5 billion, in a single investment round that accounted for half of all funds flowing into Asian fintech for the year, according to KPMG.

With all this enthusiasm, we have to ask firstly whether it's really worth it to partner with fintech ... and secondly, what role bitcoin and blockchain play in the equation?

Bitcoin itself plays a key role in many fintech companies, such as U.K. startup Revolut, which allows users to track, spend and transfer bitcoin and other virtual and fiat currencies.

"Bitcoin completely democratizes finance because of its low barriers to entry and incredibly diverse set of use cases, from use as a simple online currency to mobile payments, remittances, smart contracts and even as a store of wealth," Michael Vogel, CEO of GoNetcoins, wrote in an email to Blockchain Tech News.

It makes sense that fintech companies such as Revolut would choose bitcoin, because it fits the fintech image of a decentralized, democratized banking process. Fintechs make good partners, given their similarly innovative spirit, but big banks have benefits to offer as well, according to Vogel.

"As with any industry, startups typically have more freedom to innovate without constraints than large companies, however traditional banks are now more eager than ever to innovate, especially in the bitcoin and blockchain industry," Vogel wrote. "Banks are keen to lower costs and offer new and unique services that attract new customers."

The blockchain is another key component to consider on the topic of banks and fintech companies. While banks are beginning to innovate with blockchain tools, they are still moving slowly.

"Even though banks and other corporations are currently looking into blockchain, it will take a while before they adopt the technology," Joe Fernandez, communications lead at Lisk, wrote in an email to Blockchain Tech News. "Banks are relatively rigid and careful with upgrading their current architecture."

On the other hand, fintech companies regularly utilize blockchain technology. One example is Chain, a business that develops blockchain networks specifically for financial products and services.

Another financial segment where fintech products are introducing new and innovative processes is remittances and cross border payments.

Fintech organizations might be innovative, but they still face considerable challenges in terms of regulation, as regulators finally begin to catch up to the new technology. A past article on Blockchain Tech News noted that there is still a great deal of grey area in regulations — and many companies, especially those in the financial sector, tend to run when they see grey.

Fintechs can be exciting partners in innovation, and the advancements and efficiencies they promise for the financial industry seem to indicate that they'll be a highly worthwhile partner, indeed.

The currently red-hot-lava fintech investment market ultimately will begin to cool and harden into a more permanent shape, as all game-changing technologies eventually do. Then we'll have a much better idea as to the actual nature and size of the role fintech can play in the future of financial services.

For the moment, though, it seems almost limitless.

Bradley Cooper Bradley Cooper is a Technology Editor for DigitalSignageToday.com. His background is in information technology, advertising, and writing. www