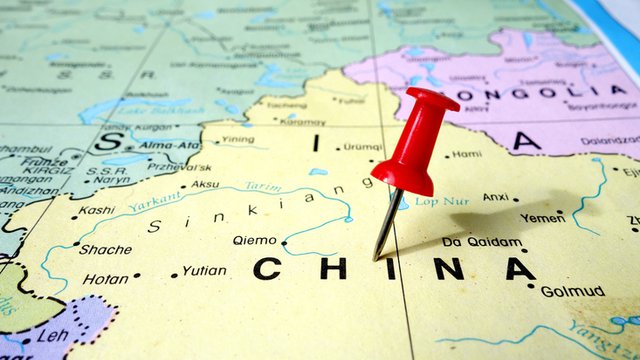 When Apple Pay first arrived in mainland China in February 2016, Apple was optimistic it could make a dent with mobile payments there despite the choke hold Alipay and WeChat had, and still has, on the market.

Still, China's mobile-payment incumbents have made it difficult for Apple Pay to gain a significant market share in the country despite Apple's best efforts. And it's hard to believe a just-completed promotion will change Apple Pay's standing compared with Alipay and WeChat.

In an attempt to add more Apple Pay users (and perhaps entice lapsed ones) in China, Apple just ended what was its largest marketing promotion to date for the mobile wallet in the country.

Apple Pay users who paid with the service between July 18 through 24 at participating merchants across mainland China received discounts of up to 50 percent, as well as 50 times the normal credit card rewards points.

Some 28 brick-and-mortar chains were involved in the promotion such as 7-Eleven, Burger King and Starbucks, as well as 16 online merchants.

Seventeen banks were also involved in the promotion from the rewards points perspective.

The question that always arises with these type of marketing gimmicks is whether it leads users to use the product more after the promotional period ends.

That remains to be seen for Apple, but it will be difficult for Apple Pay to gain more market share against the likes of Alipay and WeChat for a few often discussed reasons.

Let's take a look at WeChat first. For those unfamiliar with the mobile messaging app, it's similar to Facebook Messenger and WhatsApp. But WeChat does much more than those platforms.

WeChat acts as a social media network, but in the years since its debut in 2011, developer Tencent added features such as the ability to book doctor appointments, pay electricity bills and book transportation. Tencent earlier this year added an internet search engine within the app.

And of course, there's WeChatPay, the app's digital wallet service with over 325 million consumers using it. That will be a difficult number for Apple Pay, or any of the other Pays, to approach.

Alipay, which has about a 50 percent share of China's $5.5 trillion mobile payments market, might present more of a challenge for Apple Pay to overcome because of the wallet's association with parent company Ant Financial.

Moeser noted the reason why Ant Financial added this feature was because users were not depositing enough funds into the wallet to cover future transactions. That, in turn, could force them to use cash or a debit card instead of Alipay to pay for goods and services.

"Since there are no minimums in terms of funds transferred or time held in the fund, it has meant more Alipay customers are opting to move their paychecks from their banks into Alipay and selecting the Yu'e Bao option to earn higher than market interest until they need to use the funds," Moeser wrote.

Since the fund launched, it has become the world's largest when it reached $165 billion in assets in April. How can Apple compete with that?

"[Ant Financial] has convinced consumers to move their entire paychecks over to Alipay," Moeser told Mobile Payments Today in an email. "With that kind of pull, it is hard to see how Apple Pay can compete."

Or really, any other mobile wallet provider that's not native to the Chinese market.

One other aspect to keep in mind about Apple Pay's struggles in China has to do with a mobile wallet's true usefulness compared with traditional payment options.

Both AliPay and WeChat Pay are more than payments. In WeChat Pay's case, it's a service connected to a larger social media network.

Alipay also has useful features, such as the ability to top-up minutes for phones, or pay the cable bill. It also features personal financial management tools.

For all the hype with the Pays in the U.S., they don't come close to touching the features provided by their Chinese counterparts. Apple Pay/Wallet, Android Pay, Samsung Pay and PayPal need to be more about payments to become true alternatives to cash and plastic cards.