It’s hard to think of many companies better suited to illustrate the long-term power of compound interest than Mastercard Inc(NYSE:MA). From its split-adjusted IPO price of $3.90 in May 2006 to its current price of $153.40, Mastercard has returned an incredible 3,933% to shareholders since going public. Even recent investors in the company have done well as the stock price is up 48.6% year-to-date.

What powers Mastercard’s incredible returns is its incredible business model: Essentially Mastercard acts as a digital toll road of sorts for payments being made with a card bearing its logo. When a bank-issued card with the Mastercard emblem is used to make a purchase, the funds travel from the bank to the merchant using the company’s network. Mastercard receives small fees based on the number of transactions and the dollar amount of each transaction.

Supplementing its core business is Mastercard’s Other Revenues segment. In the company’s third quarter, Other Revenues grew to $747 million, a 21% year-over-year increase. Other Revenues is money Mastercard makes beyond its core payment network business, mostly consisting of services it can offer to merchants and financial institutions like fraud detection, reward program management, consulting, and data analytics. 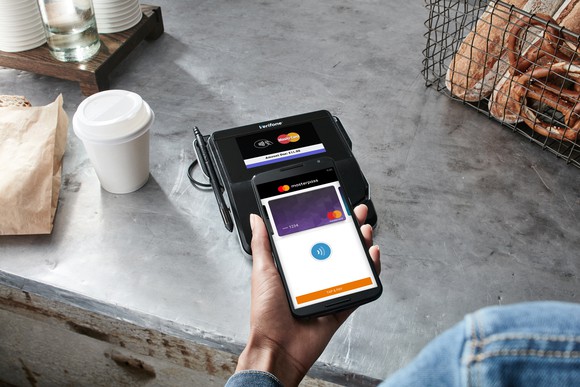 While Mastercard develops many of these services’ capabilities in-house, it also depends on acquisitions to bolster its skills and competencies. This year alone, Mastercard has finalized two such acquisitions and announced another one. Let’s take a closer look at three of the companies Mastercard has recently acquired to see what they bring to the table and how they might impact Mastercard going forward.

In April 2015, Mastercard entered an agreement to acquire Applied Predictive Technologies (APT) for $600 million. APT is a cloud-based analytics provider that helps companies optimize marketing and merchandising operations. Mastercard CFO Martina Hund-Mejean calls them “a test-and-learn” platform that allow companies “to make much faster decisions in kind of a sandbox way.” What that means on a granular level is if a retail location is thinking about changing a product’s price or, even, shelf placement, it can use APT’s platform to get an idea how that change would play out in real life as opposed to testing the new strategy in a store first.

So far, the company has signed up more than half of its domestic customers for its analytics platforms like APT. At the company’s recent Investor Day, Mastercard’s President of North American Markets Craig Vosburg said:

“Our data and analytics services, which includes everything from macro-economic data to portfolio-specific data to APT and the kinds of things we do with APT on an individual counter-party basis to look at, test and evaluate the effectiveness of different campaigns, different investment options so the decisions can be made on a more-informed basis and increase the ROI of those decisions. We’ve got more than 60% of our customers in North America using those kinds of services.”

In March, Mastercard entered an agreement to acquire NuData Security, a company that creates digital identities for consumers to prevent fraud. NuDetect, NuData’s flagship product, uses passive biometrics to create this identity and then uses that identity’s profile to authenticate users before they make an online or mobile transaction. Passive biometrics includes everything from how individuals type on a keyboard and how they interact with their smartphone’s touch screen. 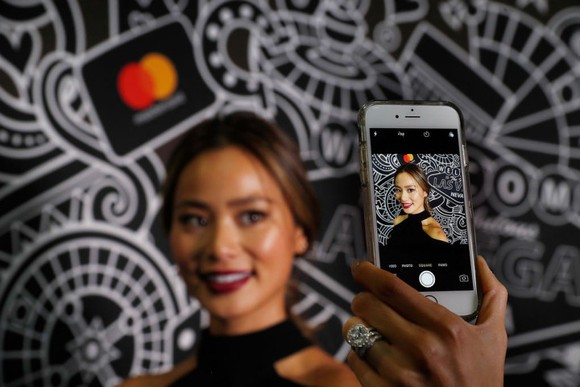 Authenticating users in this manner, as opposed to asking people to remember a million different passwords or asking them annoying security questions (e.g. What was your favorite soda flavor in seventh grade?*) ensures a seamless customer experience. In the company’s first-quarter conference call, transcribed by S&P Global Market Intelligence, CEO Ajay Banga talked about the increasing importance a security platform like NuData will play as the world becomes more connected:

“We also acquired NuData Security, whose technology helps businesses detect and prevent online and mobile fraud based on understanding how end-users interact with devices … The technology assesses, scores and learns from each transaction to help merchants and issuers make near real-time authorization decisions. And as the Internet of Things continues to grow with whose ever estimate you believe, it could be up to 50 billion connected devices by 2020. The point here is integrating NuData’s technology into our layered security strategy will help consumers pay safely and conveniently however and whenever they choose to do so.”

Mastercard’s most recent acquisition hasn’t even been finalized yet, but this past summer an agreement was made to acquire Brighterion, Inc. Brighterion is a software company specializing in AI. The idea is that Brighterion will be incorporated into Mastercard’s existing AI suite of products, enhancing both security and consumer convenience in one fell swoop.

In Mastercard’s second-quarter conference call, Banga stated he believed Brighterion would allow Mastercard’s AI-based programs to make more accurate real-time decisions when determining if purchases were fraudulent. At its Investor Day, management stated Brighterion had been partnering with Mastercard for years, giving the company confidence the deal would be beneficial. Ajay Bhalla, Mastercard’s President of Security Solutions, even added the two were “working on some very new, cool technologies for our customers.”

Complementary parts to a comprehensive whole

Mastercard’s strategy of using a number of bolt-on additions to augment the services it accounts for in Other Revenues appears to be working. None of the acquisitions, by themselves, are game-changers or seem to cost an excessive amount of money. As far as I can tell, the $920 million it spent on VocaLink remains its largest acquisition since going public.

Yet, taken together, the total is greater than the sum of its parts. Not only did revenue in the segment increase by 21% year-to-date, these services seem to be winning Mastercard new deals. In the second-quarter conference call, after announcing several new deals, Banga said, “In each of these deals, our innovative solutions and value-added services were key differentiators for us.” If these services’ revenues continue to increase by double-digit percentages while helping Mastercard win new deals, then acquisitions like APT, NuData, and Brighterion are easily worth their cost of admission.