India’s march to a cashless society begins with 3 things

India's march to a cashless society begins with 3 things 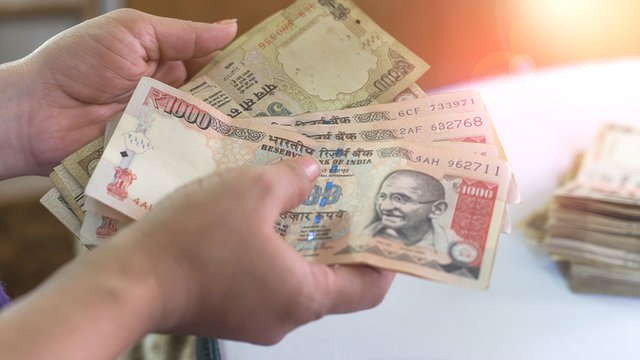 In an unscheduled televised appearance on Nov. 8, Indian Prime Minister Narendra Modi announced that 500 and 1,000 rupee notes (which accounted for 86 percent of all currency) would be removed from circulation overnight.

The purpose of this demonetization policy was to promote fiscal transparency, modernize a complex, cash-centric economy and empower social inclusion.

As one would suppose, the impact of such a radical, unexpected approach was immediate and profound. Cash accounted for 90 percent of all transactions, so the early days of demonetized India were defined by queues at ATMs and an economically damaging liquidity crisis.

With liquidity stabilizing and a more certain picture emerging, however, it is clear that identity, mobile and payments are increasingly converging to meet the challenges of the Indian digital economy.

One of the fundamental pillars supporting demonetization in India is the Aadhaar program.

Aadhaar is a 12-digit unique identification number, which contains biometric and demographic data. Uptake has been extraordinary, with 99 percent of Indians age 18 and older having enrolled as of January 2017, making it by far the world's most advanced biometric identification scheme.

The importance of Aadhaar in India's brave new digital economy cannot be underestimated. This is because it can be used as the sole means of identity verification when accessing financial services, removing the key barrier for India's unbanked population.

This wider and simplified access to financial services is coupled with an increasingly advanced mobile infrastructure.

India boasts the globe's highest mobile per capita rate, and it will lead the world in smartphone adoption by 2020. Additionally, mobile data use will increase fivefold by 2021.

Consequently, the Indian mobile wallet market is set for 148 percent growth between 2017-22, accounting for $4.4 billion in transactions.

For example, the National Payments Corporation of India — an umbrella institution for all retail payment systems designed to facilitate affordable payment mechanisms in the country — has developed its Unified Payment Interface platform. UPI is a payments application that enables users to transfer and transact using just a mobile number, dedicated UPI address or Aadhaar ID.

In the absence of hardware security, however, the security of cardholder data is integral to ensuring consumer confidence and driving adoption. Compliance with industry standards such as PCI DSS, therefore, is key.

In parallel, the strategic and commercial importance of the Indian market means the OEM "Pay" platforms will undoubtedly have a role to play. Samsung Pay has launched already, and we can surely expect similar announcements from the other technology giants.

The demonetization process, in parallel with the ongoing EMV migration, means that the merchant community is embarking on the huge task of upgrading the acceptance infrastructure nationwide.

For India's terminal manufacturers, this expanding market is an unprecedented opportunity. But they must move quickly.

Tax exemptions for domestic manufacturers are providing an incentive for entry into this increasingly lucrative space, and governmental regulation to relax certification requirements for imported POS terminals will foster further competition from overseas.

Accelerating time to market is key to meeting demand. Manufacturers and developers may therefore want to work with local partners to streamline the certification process for their solutions.

Getting to the next level

Let us be clear. Demonetization in India is a policy of extraordinary scope and ambition, combining advanced solutions across identity, mobile and payments to revolutionize commerce and financial services across the nation.

It is imperative, therefore, that local players upgrade their knowledge and work with the right partners to assess and analyze the changing landscape to enable them to make the right decisions swiftly, now and in the future.