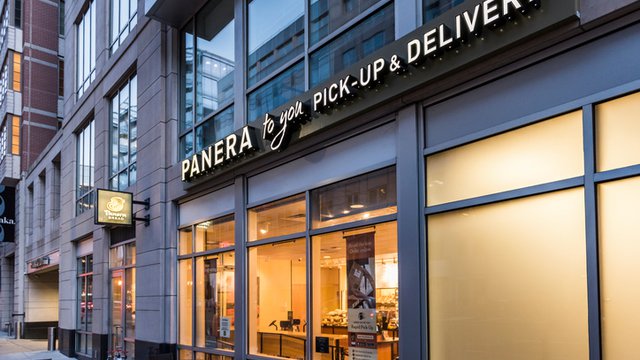 For better or worse, Amazon and Walmart set the tone for innovation in retail.

While that's the result of both companies trying to claw each other's eyes out, consumers do tend to benefit at the end of the day from this endless cat fight.

Walmart last week took the latest swipe in this battle when it decided to extend the availability of a mobile-app based checkout method that enables users to bypass the traditional checkout lane.

If that sounds familiar, I'll remind you Amazon tested a similar concept in Seattle last year at a company-owned store where only its employees were allowed to shop. The technology became a topic of conversation again when Amazon announced its plans to acquire Whole Foods.

The reason I bring any of this up is because Walmart's plan to expand Scan & Go got me thinking about whether consumers actually care about how we pay for things inside a store.

Do consumers see the value in every self-checkout option available to them from different restaurants and retailers?

A couple of weeks ago, I visited a Panera in the South Loop section of Chicago. I entered this particular location during prime lunch hours, so I wasn't surprised to see a line 10-people deep when I walked in.

However, what did surprise me was that no one, not a single person, walked over to use the four self-service kiosks/tablets that surrounded the main line.

I looked around, walked over to a tablet, placed my order, grabbed one of those location devices so that the server could bring me my food and went to find a table.

That entire process took me about a minute and in that time, a couple of more people joined the line. Oh, and did I mention the stares I got from people for "skipping" the line?

I don't know if reality is lining up with the expectations retailers and restaurants have when it comes to how consumers view self-service options. My Panera experience might have been an anomaly because available research suggests consumers see the value in alternative in-store checkout options.

One consumer survey from Ask Your Target Market found 54 percent of respondents believed self-service technology makes checking out easier. Some 56 percent said self-service kiosks (like the ones you'll find in Panera) make checking out faster.

It appears consumers are using such kiosks once or twice, but skipping them on future visits. Why?

As far as the Panera kiosk is concerned, the experience is intuitive and straightforward. Panera even enables you to store your preferred payment method so that you don't have to swipe a card every time you order from a kiosk.

So, if the experience is easy, then what's holding consumers back from using self-checkout, and even order-ahead, capabilities on a consistent basis?

A couple of things come to mind.

With the NFL preseason underway, we'll hear a lot about the starting quarterback getting “reps” with the first-team offense. The backup quarterback will do the same in case the starter gets injured (please God, I hope it's Tom Brady).

The reason for this is because repetition breeds familiarity, which in turn makes that quarterback comfortable with the rest of his offensive squad.

Some consumers will need some more one-on-one time and repetition with self-service technology before they become more comfortable with it.

Remember, it's still early days with concepts such as self-service kiosks and mobile order ahead. A consumer might try it once, but then completely forget to use it another time because it's not ingrained behavior. It took me a while to get completely comfortable with Panera's kiosks, and I consider myself tech savvy.

However, the technology is not always top-of-mind with myself and others. We actually might like using a kiosk, even prefer it, but forget to use it even when we're standing right in front of it. Old habits die hard.

It was just yesterday when I was sitting in a Starbucks in the University Village section of Chicago. This particular location is close to the University of Illinois-Chicago campus, as well as near the school's medical district. It can get busy.

But in the three hours I was there working, I did not hear one barista say a mobile order was ready. I sat close enough to the bar area where I could hear each order being called out when it was ready. For such a busy location, why no mobile orders, especially when most customers are paying with the Starbucks app?

Miscalculation plays a role. You'll leave the office to get a coffee at 1 p.m. and think the line might not be so bad. But when you get there, it's several people deep because they had the same idea you had.

Consumers also might hesitate to order ahead if they think their drink might not be ready when they arrive, or if it's made too quickly, sit on the counter and get cold.

Or, maybe they just want to kill time away from the office.

I think you can see where I'm going with this. Every consumer is different and it's difficult to pinpoint exactly how they will behave in certain situations.

So, for those merchants that are investing in these self-checkout options, how do you make them more attractive to consumers?

At this point, you have to hit them over the head with it. Obviously, not literally because that would be a hefty lawsuit if it's a kiosk, but with marketing. That might seem like a given, but you'd be surprised how often companies introduce new products and services with little fanfare.

The banks that are behind the mobile person-to-person service Zelle are currently facing this problem.

If you want a good example of how to do it right, look at what sweetgreen did when it launched a mobile app in 2016. Sweetgreen began to heavily promote the app just as it started to test cashless stores.

While a cashless store is not the end game for the likes of Panera and Walmart, heavy promotion could go a long way to showing consumers why self-checkout options can be useful.