Shoppers are still being charged extra fees for using debit or credit cards more than a month after a new law banned the practice, a survey has found.

Companies are no longer allowed to charge customers up to 20% more for purchases just for paying with a card under the rules that took effect on January 13.

But research consultancy Consumer Intelligence found 14% of shoppers have been charged an additional fee to pay with a credit card online or in stores since then. 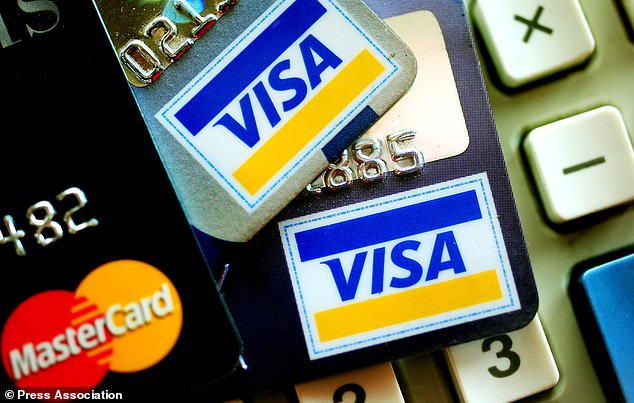 The ban on surcharges does not apply to commercial debit or credit cards. pic.twitter.com/ueZnnTvvGa

Its survey found shoppers are also being charged a range of fees under different names, such as booking fees, transaction fees and administration charges.

Consumer group Which? also said it was hearing stories of people still paying fees, facing minimum spend limits or being refused the option of using their card altogether.

The ban took effect amid concerns that consumers could see the cost of goods and services creep up, or additional fees added by retailers, as a result of the changes.

The surcharges have been commonly added by businesses ranging from takeaway apps to global airlines for customers who pay by card or use other services such as PayPal.

Businesses said the surcharge was to cover the cost of processing a card payment.

It is estimated that surcharging cost Britons £166 million in 2015.

Mostafa Hussein, banking insight analyst at Consumer Intelligence, said: “The Government promised ‘no more nasty surprises at the tills’ but organisations are taking a variety of different approaches which may not have benefited consumers.

“Some, such as HMRC, have stopped accepting credit cards while others have changed the name of the charge and levied it on all customers, regardless of how they pay.”

Consumer Intelligence’s study found customers are more willing to accept some additional fees than others.

Some 67% said a credit card fee was most likely to make them abandon a transaction, but the figure dropped to 54% if the charge was described as a booking fee.

Which? Money spokesman Gareth Shaw said: “This ban was introduced to finally stop consumers being penalised simply for using their card. However, we are hearing stories of people still paying such fees, facing minimum spend limits or being refused card usage altogether.

“The Government and regulator need to closely monitor the impact of the ban – and the fees banks charge retailers for card payments – to ensure that it has the positive impact for consumers originally intended.”

Discover Cardholders: Some Of Your Perks End Today