Should Small Businesses Raise Their Prices to Compensate for the New Card Surcharge Ban?

How will the ban on card surcharges work in practice and should I increase my prices to alleviate the additional cost burden resulting from the new rules? 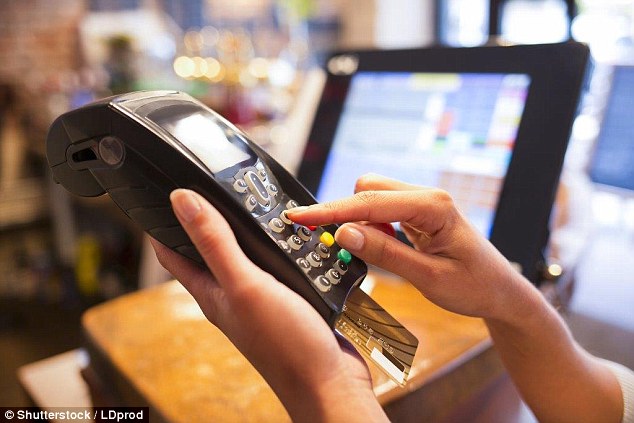 Myron Jobson of This is Money, says: Those who have purchased a concert or train ticket, or even a takeaway meal, online are likely to have been charged extra for paying on plastic.

However, from 13 January 2018, all additional charges levied on the purchase of goods and services by debit and credit cards will be banned.

HOW THIS IS MONEY CAN HELP

At present companies can only charge what it costs them to process card payments – nothing more. However, this is seldom enforced and consumers still face card payment processing surcharges of up to 20 per cent.

The new rules will bring an end to the practice entirely and the change is a result of the implementation of an EU directive that applies to the UK despite Brexit.

The legislation only relates to Visa and MasterCard, but the British government has extended the ban to surcharges on payments made with American Express cards and users of services such as PayPal and Apple Pay.

The government itself is not immune from the change. Rather than scrap the fee, HMRC has instead banned the use of personal credit cards when making a payment ahead of the ban.

Surcharging has cost small businesses £10billion in shopper walkouts since the ban was announced according to research from card machine provider Paymentsense.

The study, based on a poll of 1,000 consumers, found that over a third (37 per cent) of respondents walked away from a purchase when faced with a card surcharge, in the run up to the change in regulation. This figure was even higher for those in London (41 per cent).

There do not appear to be any recent official figures on how much these charges have cost consumers in pounds and pence, but when unveiling the new rule last year, the Treasury calculated that it totalled around £473 million in 2010.

So should small and medium enterprises that currently levy the surcharges absorb the additional cost burden brought about by the ban, or should they pass them on to consumers by upping the cost of their goods/services?

We’ve asked an expert in the field of card payment processing for his two cents on the matter.

Sandip Patel, co-founder of comparecardprocessing.co.uk, said: The ban on surcharges effectively prohibits companies from charging any fees for debit or credit card transactions.

Following rule changes in 2013, companies were only allowed to charge consumers what it would cost them to process a card payment. However, this was rarely enforced with most businesses continuing to profit by adding a margin above the cost price.

The new rules from January 13 2018 aim to eliminate the issue by preventing any charges on debit/credit cards, including alternative payment methods such as, Android pay or PayPal.

FSB: ‘SMEs are hit by surcharges too’

Mike Cherry, national chairman of the Federation of Small Businesses, said: ‘In reality, smaller firms often have more in common with consumers than with larger firms. Like consumers, many will find themselves being hit by the same surcharge fees when paying suppliers or paying their own bills.

‘These changes will be welcomed by these businesses who can look forward to a little extra to spend on staff training, wages and expansion.

‘Unfortunately, however, there will be a minority of smaller businesses that do charge for card payments and the changes will leave them with yet another cost to either absorb, pass on to customers or even turn away customers because they can’t afford the card payment costs.’

SMEs are left with three options: to absorb the cost; to increase the cost of goods and services; or simply to stop taking card payments all together.

In most cases, the latter is simply not an option – with 77 per cent of spending in 2016 completed with card purchases.

The charges that companies pay for debit, credit and commercial cards can vary greatly and the impact on SMEs is largely dependent on their card acceptance profile.

A corner shop or hairdresser with a low average transaction value (ATV) will take most of their payments via a debit card, which should cost between 0.3 per cent and 0.5 per cent. If they take an average spend of £10, card processing costs could be as little as 3 to 5p.

Contrast this with a second-hand card dealer with a higher ATV and who would take more credit card payments at a cost of between 0.6 per cent and 1 per cent. An average spend of £5,000 could cost the dealer as much as £50 – a significant outlay.

Businesses that take a high proportion of payments on credit and commercial cards will need to have a serious think about whether to pass on costs. SMEs that we have spoken to with a low ATV and a higher use of debit cards are more likely to absorb costs.

Conversely, businesses with a higher ATV and a larger use of credit/commercial cards are by in large passing on costs.

Businesses must also consider what impact a price change may have on sales. Most SMEs will find price modelling difficult and may find it easier to absorb cost rather than risk losing sales.

It’s clear that there has never been a more important time for SMEs to review their card processing costs. We have found that 46 per cent of customers save money from comparing and switching providers, with a saving of more than £3,000 per SME on average. This could greatly assist in combating the new changes.

Up to £2 million turnover