Urban FT, a provider of white-label digital banking applications for bank and non-bank issuers, has made a bid to acquire the recently troubled mobile app tech firm, Digiliti Money Group, according to an Urban FT press release.

New York-based Urban FT this past week contacted the Digiliti Money chairman with a bonafide, all-cash purchase offer that would enable the company to continue to serve customers and stave off potential bankruptcy proceedings. The acquisition, if accepted, would be funded through Morgan Stanley, on behalf of Urban FT's principal investor, according to the release.

"Our goal in approaching Digiliti Money with an attractive and timely offer is to keep the business operating and viable as we consolidate the entities to leverage the savings from operational synergies," Urban FT COO Glen Fossella said in the release. "We believe that our cash offer — with the option for certain shareholders, at their discretion, to convert their Digiliti Money common stock to Urban FT common stock—represents the best benefit to all parties involved, most particularly the consumers who rely on the services of Digiliti Money's clients."

In recent weeks, the trade press has reported on Digiliti Money's financial difficulties and the appointment of a new interim CEO to cut costs and seek funding in the face of declining revenue. On August 14, the company issued an update, indicating it is "actively reviewing strategic options to restructure the company, including the potential sale of the company or potentially filing for Chapter 11 bankruptcy." The company also disclosed that its independent accounting firm has withdrawn its 2016 year-end consolidated audit reports and revoked its consents to incorporate those reports in any and all registration statements. 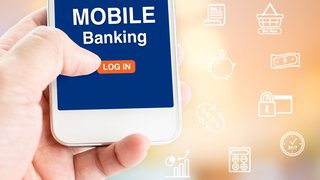